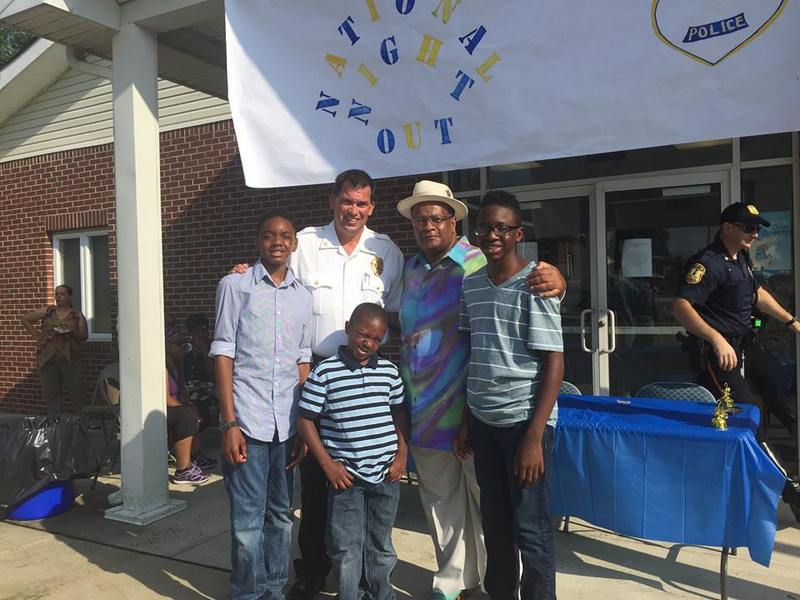 A recent chance encounter has led two alumni, Dr. Rodney Bradley ‘01, and Darby Township Deputy Police Chief Brian Patterson ’94, to work together to try and affect vital change at the local level between the community and law enforcement.

Dr. Bradley is a dual graduate of Delaware County Community College with degrees in Education and Early Childhood Education. He also is an adjunct faculty member at Lincoln University. Earlier this month, he was out with several young members of his church getting ready to enjoy a ‘man’s day out.’ During breakfast, the conversation shifted among the children to the Black Lives Matter movement and their feelings toward police officers. Dr. Bradley was taken aback by the negative comments the kids were making about police, especially since most of their information was from Facebook and YouTube. “The conversation was gut-wrenching,” says Bradley, adding that as the group left the diner, he felt his parental instincts kick in.

After driving two blocks, he spotted a Darby Township police vehicle in the parking lot of a nearby Philly Pretzel Factory store. “My heart was racing and my adrenaline was flowing,” says Bradley describing how he knocked on the window and asked the officer inside if he could speak with him. Chief Patterson came out and engaged Dr. Bradley in a short conversation. The two men then walked over to the children with Deputy Chief Patterson, breaking the ice before getting to the topic at hand.

“At first the kids were stoic, but rather quickly, they connected with Deputy Chief Patterson who was just relentless in trying to get to know them” said Bradley. “They were kind of embarrassed that I shared some of their earlier comments, but as a parent I felt it was for a good reason.” Deputy Chief Patterson graduated from both the College and the Municipal Police Academy with a degree in Administration of Justice. He has risen through the ranks of the Darby Township Police Department and is an Instructor with the College’s police academy.

“I had just left the courthouse and stopped at the Philadelphia Pretzel Factory when I saw this guy knock on the window and ask me to come take a picture with some kids,” says Patterson. “After taking the picture, I just started talking with them. They were standoffish at first. I didn’t know how much negative feelings they had toward the police. I showed them my patrol truck, how the lights and computer work and talked on their level to help them loosen up a bit.” The conversation continued for about 20 minutes as both men told the kids that in any profession there are always a few bad people, but most police officers are good and are a positive presence in the community.

A week later, Dr. Bradley, Deputy Chief Patterson and the kids reconnected during a National Night Out event. “Police usually meet people when there’s trouble, so this was a nice way to talk to people and answer their questions in a positive setting” says Patterson.

“The National Night Out was great to show the kids the police station, meet their neighbors and enjoy a nice summer evening. Afterwards, we went out to dinner and the kids asked if Deputy Chief Patterson could join them next time; so we’re working on that now” adds Bradley.

This experience has had a profound effect on both alumni. “I’ve been on the job 21 years and I am absolutely going to use this experience to show our new and current officers to dothe same thing on a regular basis,” says Patterson.

“I believe this is my opportunity to bridge the gap,” Dr. Bradley added. “It’s my job to help teach these children individually and collectively that they do not have to fear police.” Delaware County Community College is proud to say that both Dr. Bradley and Chief Patterson began their careers here and use their education to impact their communities. This story also caught the attention of the local media. You can view the CBS3 TV coverage of the story here.