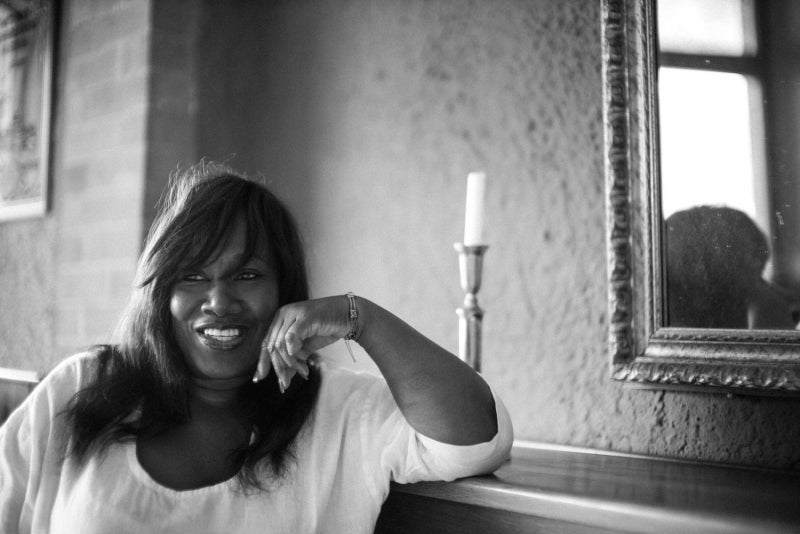 This month we are taking a different tactic from our regular profile series by sharing the stories of two alumni who are working to bring peace and hope to their communities during the holiday season. We are pleased to share the stories of Denise King '83 and Khaled Alkurdi '15, who have direct insight into recent international events. These interviews were conducted by Doug Ferguson, Director of Alumni Programs. Special thanks both Denise and Khaled for sharing their important stories.

The holiday season has arrived and is in full swing. This is the season to be thankful for friends, family and, for some, the opportunities the College has helped provide. It is also a season when we wish peace unto each other, not only in Delaware and Chester counties, but also around the world. In response to recent events in Europe and the Middle East, two of our graduates are using their education to help their fellow citizens in the best ways they know how.

Denise King ’83 is a celebrated recording artist who got her start in Philadelphia before performing around the world as the "Ambassador-ess for the nostalgic sounds of Jazz." For the last seven years, she has lived part-time in Philadelphia and also Paris, France, where she performs in and around the City of Light. While she was in Philadelphia on the evening of November 13, she has friends and family who were directly impacted during the violent siege that transformed restaurants, bars and a music venue into battlefields. In a recent interview, she shared her experiences and hopes for a peaceful future.

“As a matter of fact, one of the restaurants that was targeted, Le Carillon, was at the end of my street, where I lived for a year. I used to walk by there, ate there, and it is in a trendy area which is just a fun place to be in central Paris.” Like the rest of the world, King watched the events unfold on TV, while trying to contact friends for updates. As our conversation concluded, King expressed both joy and sadness over how these attacks have affected her. “I feel lucky, I feel blessed and incredibly grateful that I was able to get out before this happened. At the same time, I can see on TV the neighborhoods that I am very familiar with, including Bobigny and St. Denis, suffer and experiencing this from afar is very emotional. I believe that musicians and artists are modern-day troubadours who are responsible for healing especially in times of turmoil.  I am glad to be able to use my talents in this role.” 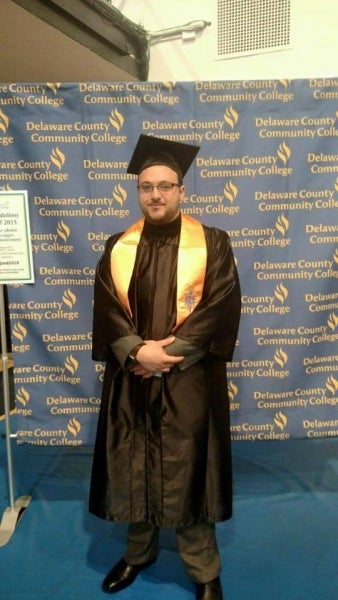 One of the more surprising facts about the College is that we have a large population of international students. We’ve hosted students from many countries, including China, Turkey, Japan and, recently, a Syrian immigrant. Khaled Alkurdi ’15 was born in New Jersey before moving with his parents at a young age to several points abroad until finally settling in Damascus, Syria, for six years. His family lived there until 2012 and he came back to our area that summer to live with family. After studying here for two and a half years, Alkurdi graduated with high honors and is now at Temple University. About his academic achievements, he says, "It always feels great to be in the honor society as there are a lot of new people to meet. I look at it as a way to extend connections with people, and receiving a scholarship made it much easier to accomplish my future goals."

Alkurdi and his family stayed in Damascus as long as possible until it was too perilous to lead a normal life. This past summer, he shared second-hand experiences with his fellow alumni via Facebook about the Syrian refugee crisis, giving local awareness to an international issue. The daily struggle of his fellow Syrians was there for all to see and required a call to action. Alkurdi joined the Naranj Tree Foundation, a non-profit started by his uncle in Norristown, Pennsylvania, which has been operating since November 2013. "Each Saturday, we have an open house at the warehouse where volunteers come and organize or pack clothes and others come to drop off donations. As an organization, every other day there is someone picking up clothes from different locations because we have big metal boxes for collecting donations. So someone goes by those locations once or twice every week to collect items." After starting small and storing items in his uncle’s house, the donations were becoming too much to handle, so a warehouse was purchased to keep up with the influx of items.

On November 20, the foundation filled its 24th shipping container. Generally, one or two containers are sent per month. "While we have some local Syrian immigrants helping, we have a lot of nationalities who are also working with us," Khaled says. "There have been people from Russia, Poland, the United States, all who have helped us pack supplies. We’ve been very successful using social media to get the word out. It’s also not just local people helping, we have people driving from New Jersey, New York, even as far as Connecticut when they hear another container of supplies is ready to go."

In both of these cases, King and Alkurdi are using their skills to help fellow human beings during difficult times. King hopes that when she returns to Paris in January, her music will bring some comfort to those in the audience. "In trying times like this, we as artists share a responsibility to give people a sense of hope. We want to help celebrate life and send a message of love to go on not only in Paris, not only in France, but anywhere else where terrorist acts have occurred."

Alkurdi has a similar desire to help those who are in distress. "I hope to personally help others who are in need in the world. There are people who cannot find a crumb of bread to eat or clothes to stay warm in the winter. If I can help them get by, then that makes me feel much better as a human being.”

The Alumni Association would like to thank King and Alkurdi for sharing their unique and timely stories. They are both great examples of alumni who are making differences on a global stage. We send best wishes to all our graduates and look forward to sharing more stories with you in the New Year.